Mark Cullen is a well known Irish artist with an international practice woking with various media.

He is the co-editor of Artist-Run Europe Practice/Projects/Spaces a substantial publication published in June, 2016 on artist run practice throughout Europe.

Since 2009 he is a member of Difference Engine – a self determined art group which instigates an evolving exhibition methodology, a model of self organisation, with artists Wendy Judge, Gillian Lawler & Jessica Foley, featuring Gordon Cheung, Paul Green and other collaborators. Difference Engine have shown in Ireland, New York, Wales, Rotterdam, and Croatia with their next project taking place in Fingal County, Dublin in .

He was an international representative for the Visual Artists Ireland from 2005- 2007 attending The World Summit on Arts and Culture, IFACCA, Newcastle, England and the International Artists Association General Assembly, Beijing, China.

In 2005 he completed a Masters in Visual Arts Practices at DLIADT and was an award winner at EV+A 2005. In 2007 he attended a residency at El Levante in Rosario and at CASLEO Observatory, Argentina. Cullen was curator of Darklight Digital Film Festival from 1999-2004.

In 1996 he was the co-founding partner of Pallas Projects/Studios, Dublin and continues to direct and curate for this organisation. Pallas through their various guises and programmes have been key exponents of experimental art practice in Dublin.

Mark Cullen was born in Dublin and works with various media such as sculpture, installation and painting each with a strong basis in drawing.

I see my practice as innovative in that I am looking at a model of humanity’s relationship to the universe that is entirely new, based on state of the art scientific knowledge and practice, accordingly my work is concerned with re-imagining how the world will exist and humans relationship to it.

His artwork explores humanity in the Anthropocene – re-imagining how the world will exist and humans relationship to it. He looks comparatively at our understanding of our place in the world/galaxy/universe, our technologies, cultures and our conscious relationships to them, how they overlap and where they are distinct.
The Anthropocene is a new planetary epoch defined by the emergence of human activity as one of the most important driving forces on Earth, rivaling and also stressing the other systems that govern the planet’s habitability. The Antropocene defines a period where human culture has out grown nature – the finite resources on the planet are being rapidly depleted whilst the dangers to the environment posed by humaitys burgeoning power are becoming more and more acute. Conversely should human societies navigate these threats and achieve a sustainable future the Anthropocene epoch could mark a potential one-off transformation from a natural world to one where humans jumpstart the transition to electronic (and potentially immortal) entities, that transcend our limitations and eventually spread their influence far beyond the Earth. 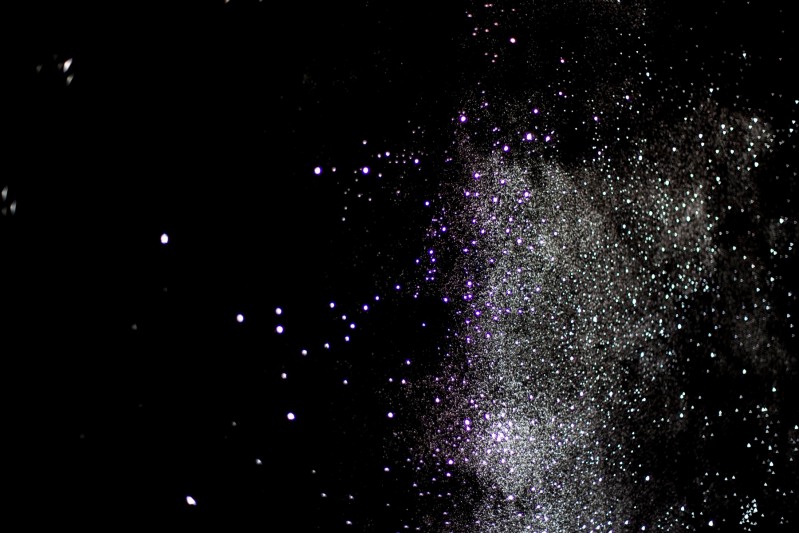 In recent works, Cullen reconsiders the idea of imaginary time as time engaged with culture and meaning, stepping out from the considerations of the daily grind of capital and economy to engage with concerns that perplex the human condition. The artist attempts to slowdown the viewer’s engagement with the sited artwork. He wants the viewer to become a participant within an immersive experience: to question what it means to be a thinking, embodied being, inside an artwork. What are the implications both physically and mentally? Ideas of place/site/space, embodiment, science/futurology/sci-fi and the imagination are critically explored in his work. The observer’s insertion in the work enacts a parallel insertion into a relationship with these ideas. He is interested in transporting the viewer into a space where art’s ability to stretch logic, time, material and experiential possibilities is apparent, and crucially to entice the viewer into considerations of a cosmological nature.